When you book with an account, you will be able to track your payment status, track the confirmation and you can also rate the tour after you finished the tour.
Sign Up
3136

4 days safari tour is designed to give you an opportunity to discover the unique safari adventures that the Serengeti National Park, Lake Manyara, and Ngorongoro Crater possess. Lake Manyara National Park provides an interesting wilderness experience with diverse habitats, from the ever-flowing streams to the dense woodlands and steep mountains.

Lake Manyara also features tree-climbing lions. The infamous wildebeest migration and vast savannah plains of the Serengeti are extensively documented and a perpetual source of inspiration for artistic minds. The Ngorongoro Crater boasts a high density of wildlife and vegetation.

After a short briefing in the morning, you set off to Lake Manyara National Park. The small park stretches along the 600 m high Rift Valley Escarpment and is dominated by the alkaline Lake Manyara. It is here where thousands of flamingos seem to color the shallow waters pink. Many water birds gather at the lake and more than 400 bird species are found in the park.

The diverse vegetation provides a habitat for many animals such as monkeys in the forest, giraffes, and antelopes on the grasslands, and elephants around the acacia trees. If you are very lucky you might also see the Manyara lions, lounging in the trees. In the late afternoon, you will leave the Lake Manyara National Park and head to the Hotel at Karatu where you will spend the night Bougainvillea Safari Lodge

Continue with 4 days safari in the morning

After breakfast, you will drive towards the fertile crater highlands where the Iraqw people grow wheat, corn, and coffee. You will pass the Ngorongoro conservation area before you reach the plains of the Serengeti National Park around midday. The Serengeti is the largest park in Tanzania and has a diversity of habitats and landscapes including short grass plains, savannah, thick bush, swamps, mountains, and lakes.

Bizarre rock formations called Kopjes dot the grassy landscape where predators are often seen. Depending on the season you will witness the migration of thousands of animals which this park is famous for. During the short rainy season in November and December, the herds move from the hills in the north to the plains in the south. During the longer rainy season from April to June, they return up north.

This circle of life is completely dependent on the yearly rainfalls and the locations of the herds may vary from year to year but your guide will know where to find the animals and where to see them best. You will spend the night at the Serengeti Heritage Luxury Tented Camp.

Dawn is a good time to watch wildlife and so you will be up early to join an early morning game drive. You will return to the camp for breakfast before heading out for another game drive in the park. Here in the Seronera region, you will often see wildebeests and zebras nearby of lions and other predators such as leopards and cheetahs. After a picnic lunch, you will continue your journey towards the Ngorongoro Crater.

Once you have reached the crater rim you will enjoy fantastic views of this 600 m deep collapsed volcano. You will stay at the Ngorongoro Tortilis Lodge

After an early breakfast, you will drive down the steep and narrow road that takes you into the crater. The slopes are forested but soon the landscape changes to savannah. Here the wildlife is just breath-taking and with a little luck, you can observe the Big Five – lion, elephant, buffalo, rhino, and leopard – in just a few hours.

You should also see warthogs, wildebeests, zebras, hippos, and some of the more than 500 bird species of the area. After a morning dedicated to game viewing and a picnic lunch, you will leave the crater in the early afternoon to drive back to Arusha, where you will arrive in the early evening and overnight at Arusha Planet Lodge 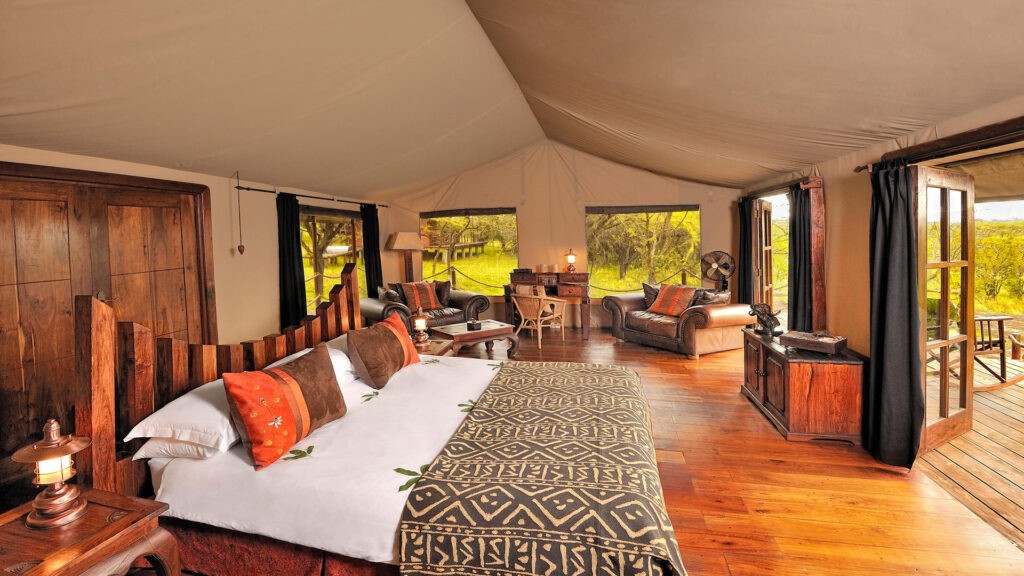 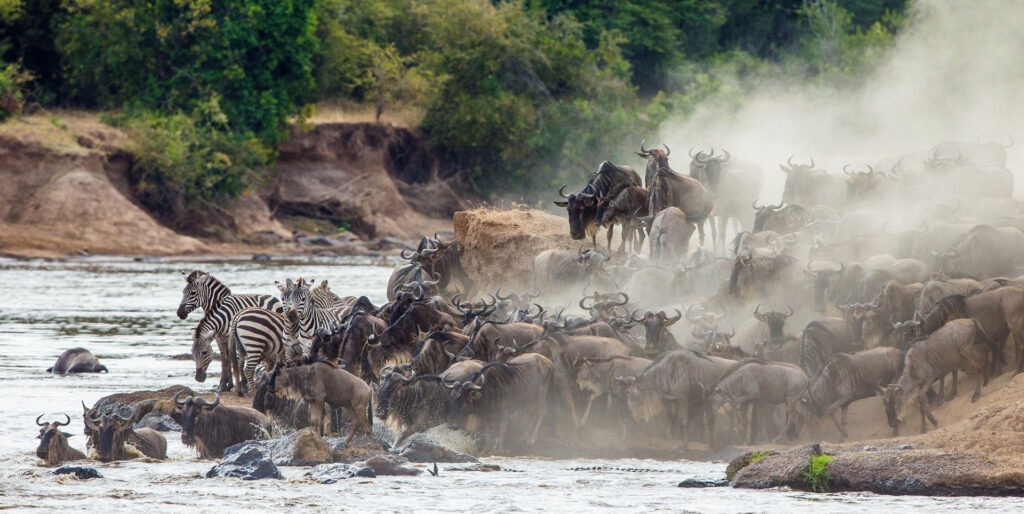 From$2,110
1 travellers are considering this tour right now!