When you book with an account, you will be able to track your payment status, track the confirmation and you can also rate the tour after you finished the tour.
Sign Up

Or Continue As Guest

When you book with an account, you will be able to track your payment status, track the confirmation and you can also rate the tour after you finished the tour.
Sign Up
1350

Zanzibar Beach Archipelago is located in the Indian Ocean 15 miles off the coast of Tanzania, is a breathtaking spot to escape from the world. You’ll enjoy clear, turquoise-blue water; shallow sandbars perfect for wading; and many small, nearly deserted islands virtually unvisited by tourists.

You will be picked up from the airport for your transfer to Zanzibar Stone Town, the old city and cultural heart of Zanzibar. This place had minimal change in the last 200 years hence your chance to experience its well-preserved heritage and exotic antiquity. You will stay at Tembo House Hotel equipped with a swimming pool among other amenities such as WiFi and television.

Today after morning breakfast, with the help of our guide. You will start a tour of this town. It is the only place on the coast of the Indian Ocean where many historical events are manifested. For stance a visit to the Zanzibar museum, Zanzibar ruins the former cathedral and mosques.

You will have the chance also to visit the market and see how the people of Zanzibar hospitality are. In the evening, depart from the hotel for a sunset tour along Stone Town waterfront. You will have dinner and overnight at Tembo Hotel

Prison Island enjoy your half-day guided tour which can begin and ends at Stone town of Zanzibar. This is a very historical Island just off the coast of Stone Town and it’s a quick of just 20-30 minutes by boat ride trip from the old stone town’s waterfront.

Prison Island Zanzibar Was first used by Arab slave merchants to detain unruly slaves before the British built what was intended as a prison Jail for Stone Town in 1890. However, the building was never utilized as a prison; though later it becomes a quarantine station for the East Africa Territory during erupting of Cholera diseases.

Prison Island Zanzibar is known for its excellent views of Stone Town and for its giant tortoises imported from Aldabra in Seychelles in the late 19th century and the best birds of Peacocks’ type. They stand up to a rather staggeringly one meter high, could feasibly be hundreds of years old, and are frequently seen copulating!

The Prison Island Zanzibar is highly recommended as a great deal for swimming, sunbathe and snorkeling, diving and other sea sports adventures, please don’t forget your swimming suite with you while visiting Prison Island overnight at Tembo Hotel

Today you go on an excursion to the spice and fruit plantations close to Stone town for the famous Spice Tour. We have developed a special Spice Tour with in-depth information not only about spices but also organically grown herbs and a detailed description about their traditional uses in medicine cosmetics and cooking. After the tour, we invite to an opulent lunch at our guides’ home, where you can taste the spices and fruits.

After lunch, we take you to your beach resort. On the way, you pass Jozani Forest, the last habitat of the rare endemic Red Colobus Monkey. With a local guide, you stroll through Jozani Chwaka National Park and look at the rare monkeys. If you wish you can even wander down the boardwalk to the fascinating Mangrove Ecosystem. Dinner and overnight stay at Tembo Hotel

Day 5Leisure day at the beach

Relax and unwind and enjoy the beaches of Zanzibar. Dinner and overnight stay at Amani Bungalow
Meals

In the morning you drive along the coast. Passing the fishing villages of Bwejuu and Paje you reach Jambiani, a fishermen village on the East coast of Zanzibar beach, We offer a cultural village tour to visit villagers working in different professions.

Our guide tells about the history of the village, you will visit a traditional herbalist, who will show you the local medicines, herbs, and their uses, a visit to a local organically plantation on coral stone, where farmers cultivate under difficult circumstances, and seaweed farms run by a woman. A good chance to learn about the unique culture and the diverse environment of Zanzibar’s villages and to meet the friendly Waswahili people. We will show you real life, not images designed for tourists. Dinner and overnight stay at Amani Bungalow 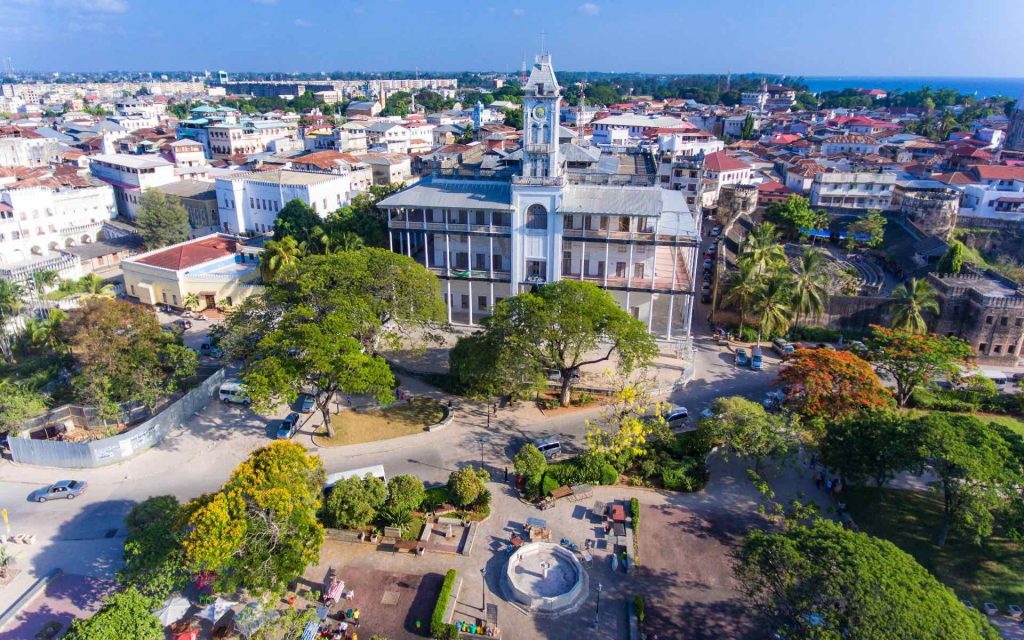